Nesha Nycee has something to say! And she did it on a Zay beat!

My girl Nesha Nycee has been out here grinding for a minute and just released some heat with the legendary Zaytoven. Originally from St. Louis, Nesha started rapping as an escape from real life struggles. Her music is described as raw, honest, positive, and inspirational as she credits God for all her talents. Listen to Nesha Nycee’s ‘Painful Purpose’ on all streaming platforms and follow her on Instagram and check out her website at neshanyce.com

Nesha Nycee was recently on Sway in the Morning Show. Check out her Friday Fire Cypher Fresh off the trails of her latest single, Realize, singer/songwriter Tiffany Bleu has released her highly anticipated studio album Deeper Than.

The album begins with the melodious Caught Up and moves into a web of graceful R&B and heartfelt odes with stand out tracks Reflection, Right There, and One Night Stand. 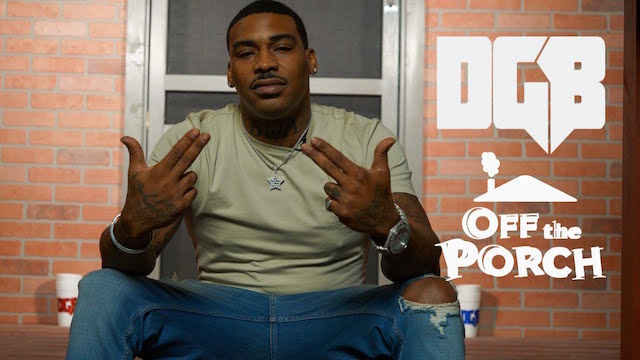 Breadwinner Kane and Dirty Glove Bastard sit down for an exclusive “Off The Porch” interview. During the interview, Kane revealed details about starting a new label with Zaytoven. He also spoke about starting out in music as an investor, Kevin Gates encouraging him to start rapping, being apart of BWA, his relationship with Young Freq, and working with Bankroll Fresh. We also learn Kane first linked up with Zaytoven 15 years ago, and he was the first one to book booking Zaytoven for his first show. Kane breaks the news he and Zaytoven are working on a full project (and Zaytoven will be rapping).

Kane’s upcoming project ‘Street Certified’ will feature Boosie, Fredo Bang, and Haitian Fresh. The lead single “Popin Fa Somthin” was shot in Turkey and Italy and recently premiered on BET Jams as part of Fresh Face Friday in the #6 spot. It was also playlisted into the mixtape during the 7pm hour and 3am rotation. performing in Africa, and much more. Watch the full video below:

Be on the lookout for more from the Alabama rapper and also check out the previous article: BreadWinner Kane Interview for DJRootsQueen.com here. The Pack Just Landed Vol. 1’s dynamic playlist has features from the hottest artists in the game right now like, Cal Boy, EuroGotit, and Cheif Keef. You can listen to his new album right now on Tidal. Zaytoven Receives Proclamation from the City of Atlanta

On January 12, 2020, Grammy-winning and multi-platinum producer Zaytoven was presented with a Proclamation from the City of Atlanta and the Mayor’s office for his musical and philanthropic contributions. The music icon, who has worked with Kanye West, Drake, Gucci Mane, the Migos and Nicki Minaj, launched the Zay Area Foundation in 2018 (www.zayarea.org) in an effort to support disadvantaged youth in the community who have an interest in the creative arts, particularly music. Since its inception, the foundation has held a Family Fun Day event in Lithonia over the Labor Day holiday, in addition to partnering with middle schools in the Atlanta area where they donate music equipment. Earlier this year, Zaytoven and the foundation aligned with Children’s Healthcare of Atlanta where the Grammy-winning producer plays the keys for patients of the hospital, in addition to providing arts and crafts materials for the kids to do activities with him. After making a large donation to the hospital, he received a room that bears his name at the hospital in his honor.
Zaytoven is no stranger to giving back. He has been active not only the Atlanta community, but also in his former home of San Francisco where he donates his piano and organ skills to his former church once a year. He still plays the keys in church every Sunday on the east side of Atlanta, something he’s done for well over a decade.